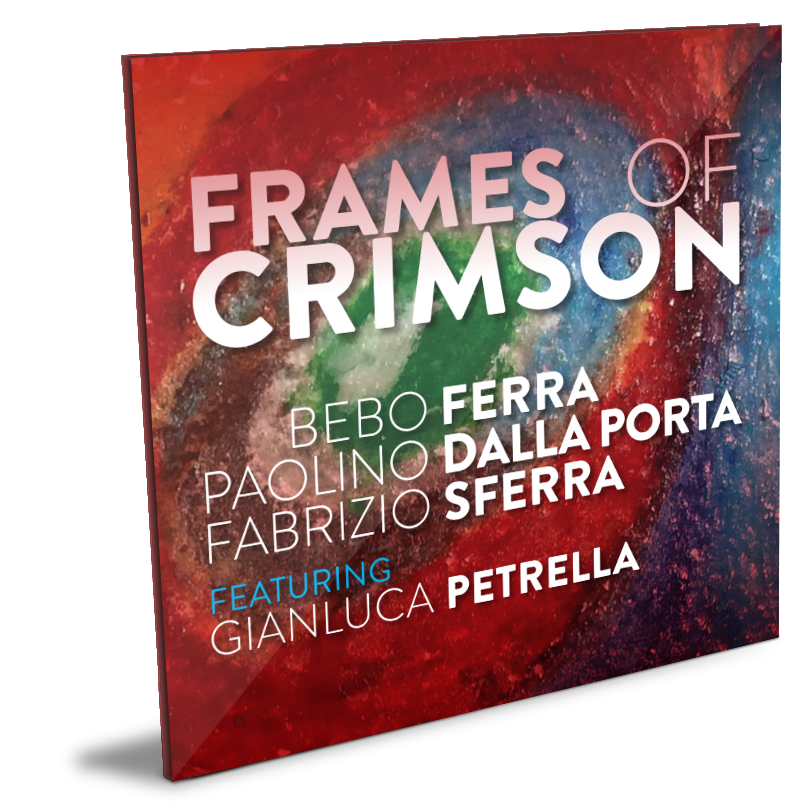 King Crimson is the most protean group of all contemporary music. For fifty years, Robert Fripp’s mind has been churning out amazing ideas, inventing new sounds, revolutionizing stage ensembles and gathering drummers. His compositions climb wild lyrical peaks to then dive into powerful bouts of metallic dissonances, ebbing into a magmatic sound wave which is in continuous evolution. It was only natural that a band, sooner or later, would rearrange these songs into jazz.

It had to be a curious, courageous and somewhat reckless band. Skilled in experimenting with sounds and styles. The trio Ferra, Sferra, Dalla Porta, with special guest Gianluca Petrella, has all these qualities (and many more) and has drilled into Fripp’s acclaimed and intricate works, delving into the soul of each and embarking on unexplored soundscapes. They have gone off the beaten track, in the footsteps of a pioneer, becoming forerunners themselves in bringing Fripp’s music elsewhere.