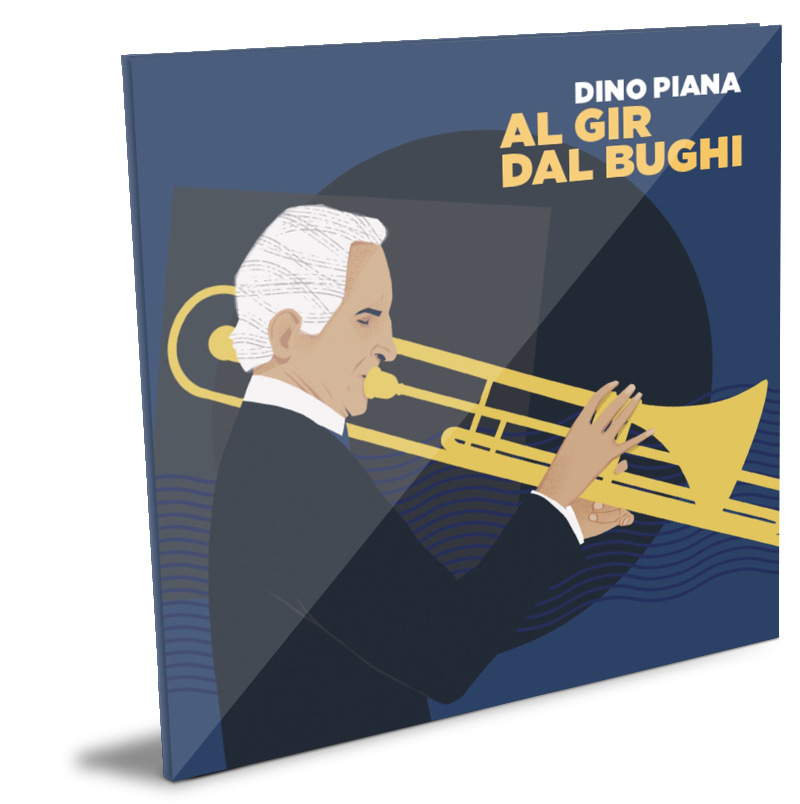 The new release by Jando Music and Parco della Musica Records, is an affectionate expression of esteem towards a lifetime friend, the trombonist Dino Piana, defined by Enrico Rava, who promoted the project together with Dino's son Franco Piana , "One of the greatest Italian jazz players, one of the most loved and most requested in Europe, one of the historical fathers of modern jazz in Italy and a source of inspiration for all young trombonists in the years to come".

The title "Al gir dal bughi" (harmonic loop of Boogie Woogie) comes from a real event, their first meeting during a jam session that took place more than sixty years ago, in which they started playing and Piana made the first solo revealing himself "something extraordinary, with a fluidity and a logic that left us stunned. Another planet". From this moment a friendship was born that reaches up to today and that also transpires in this record, produced by Jando Music & Parco della Musica Records, in which some immortal standards of jazz are interpreted. From Bernie's Tune to Polka Dotz and Moonbeams and Everything Happens to Me. Dino Piana, Enrico Rava and Franco Piana are accompanied by an exceptional rhythm section led by Roberto Gatto on drums with Gabriele Evangelisti on double bass and Julian Oliver Mazzariello on piano.

ENRICO RAVA LINER NOTES
Turin 1958. We were not yet in our twenties and we were crazy about jazz. Naïve amateurs and a bit awkward, we did jam sessions every Sunday morning, never missed even one, in the ex alumni hall of San Giuseppe. A prestigious school that had witnessed two of my unenthusiastic and distracted student years. One morning, we were just about to start, when a young fellow appeared, about ten years older than us, with a beautiful intense face and chain smoker eye bags, along with his brother who was carrying a valve trombone for him, with no case. Timidly he says: «Do you mind if I play a few tunes with you?». «With pleasure» I answer. We warm up the instruments a bit, we tune. «Will you give me an A?». So just the whole ritual, by the book. «What are we playing?» «How about a blues in F?». At that point the newbie, with a worried look and in Piedmont dialect with a strong Asti accent: «Coa l’è l’blues?» (what is blues?). Smirks and ironic looks among the rest of us – here’s the fool – and then Maurizio, the piano player, plays the blues chord for him. The trombone player’s face lit up and, now calm, turns to his brother and says: «A l’è a‘l gir dal bughi!» [it’s the harmonic progression of Boogie Woogie]. Various snickering. Then we start playing and he plays the first solo, and it’s extraordinary, with such fluidity and logic that leave us astounded. A whole other planet. That is Dino Piano and within two years he would become one of the biggest Italian jazz players, one of the most cherished and requested in Europe, one of the founding fathers of modern jazz in Italy and an inspiration for all young trombone players for years to come. Even today, in his 90s, making music with him is one of the biggest pleasures of life. But most importantly that morning, 62 years ago, I met the person who then became my dearest friend.
Enrico Rava