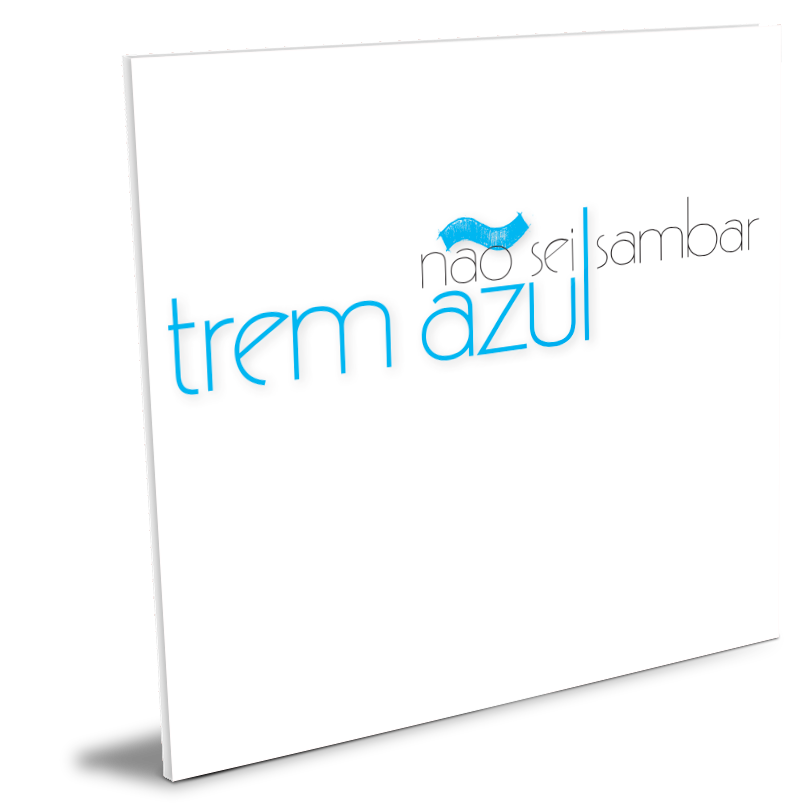 Brazil has never basked in the limelight as much as in 2014... this time, however, the excitement is not soccer-related but about an innovative music project, uniting Brazil and Italy.
Massimiliano Coclite (piano), Bruno Marcozzi (drums and percussions) and Alessia Martegiani (vocals) are the TREM AZUL (Blue Train in Portuguese, named after Milton Nascimento’s famous song), a well-known Italian group presenting their original Brazilian compositions in Portuguese.

A stellar cast of musicians accompany them in this project: Fabrizio Bosso, Max Ionata, Luca Bulgarelli, and Brazilian-raised artist Roberto Taufic. The cast is topped by extraordinary wind and string ensembles that decisively elicit a deep emotional response.

It instantly resonates upon first listen. The title track is NÃO SEI SAMBAR (I Can’t Dance Samba, in Portuguese), an original composition, as all the other tracks in the album, among which are Vou Me Perder, the beautiful Sonhos de Pedra and many others, alternating among contemporary Brazilian styles and rhythms.

A Jando Music and Via Veneto Jazz production.