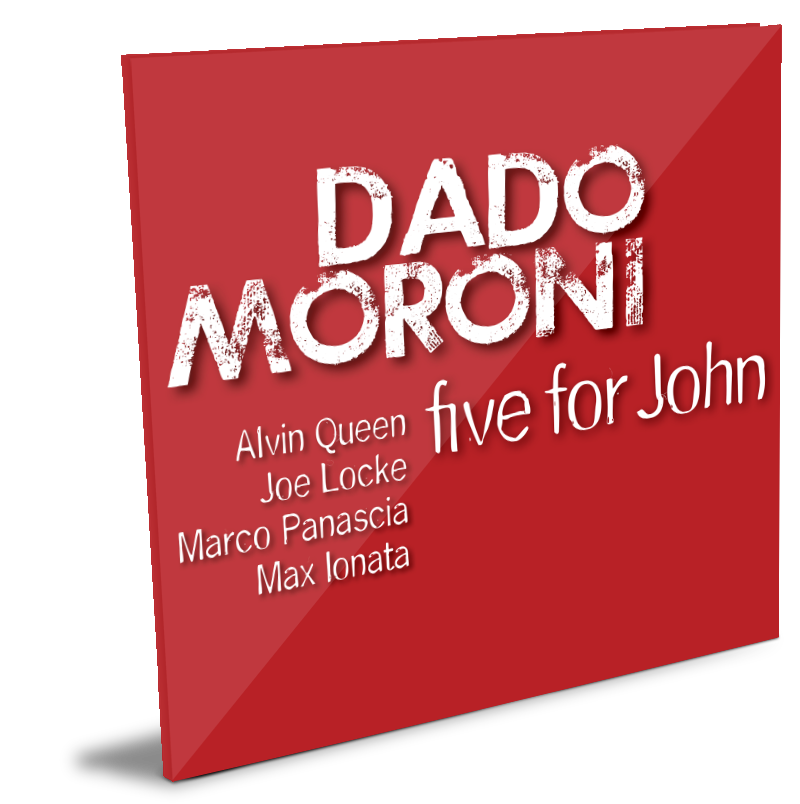 Jando Music and Via Veneto Jazz present Five For John, Dado Moroni’s latest album. Moroni, among the few internationally-acclaimed Italian jazz musicians, selected a stellar cast of musicians to pay tribute to John Coltrane. Honouring Trane’s lasting legacy, the musicians influenced by him and particularly his style of playing, this album includes Coltrane’s favourite compositions such as “Naima” (the hauntingly beautiful ballad dedicated to his wife), Fred Lacey’s “Theme for Ernie”, “Contemplation” by McCoy Tyner and Gershwin’s “But Not for Me” as well as original compositions by Dado Moroni, such as the delightfully melodic “Sister Something”. Far from a conventional celebration of Coltrane’s work, this project demonstrates the influence of his singular jazz style that has pointed the way towards new musical horizons. Coltrane’s innovative techniques are the means throughout which the essence of Moroni and the extraordinary musicians that accompany him is revealed. Any comment on global jazz icons Joe Locke and Alvin Queen would be redundant, Marco Panascia is an internationally-acclaimed, highly talented bassist and composer, and long-time resident of New York City. Max Ionata is considered among the most important saxophonists in the Italian jazz scene - highly appreciated particularly in Europe and Japan (his longstanding collaboration with Dado Moroni gave birth to the remarkable album Two For Duke , Jando Music, 2012).
Five For John is due for release in February 2014.