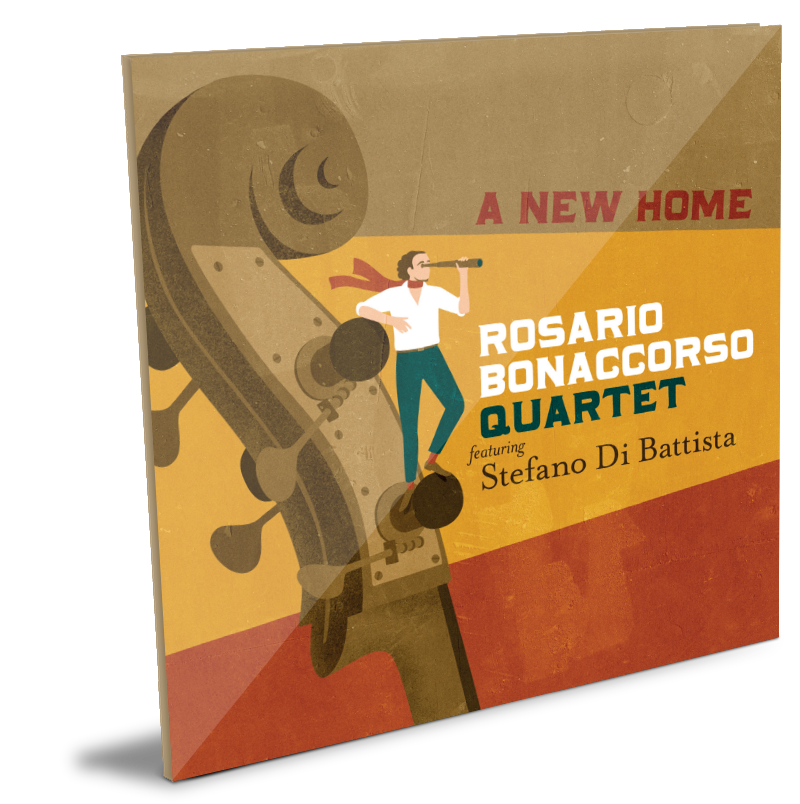 BUY ON ITUNES BUY ON AMAZON

"A New Home" is where man, spirit, and music creatively converged and formed a new starting point. After sixty years of living with music, Bonaccorso’s “new home” provides him with a different, deeper, and more intimate perspective: the result of an internal and external renewal, where the changes brought by life were fostered with meditative love of creating. The album’s title, however, also speaks for a phase of life where one heads for the far shore in a search for different experiences, visions, and inspiration.

“Ever since I’ve been living in this “New Home” I’ve been lucky to be able to express my feelings through music in this new album which is a tribute to life – this immense gift that’s been offered to us. “..I wrote this thinking of my present life, my future, of my grandson Lorenzo who’s just landed here from the universe, of my wife Renate, muse and companion on this trip, of my children who grow and face changing horizons, of my new friends with whom I might grow old; and again, taking the time to give new importance to time itself; such as learning how to slow down and take a break…to enjoy a blood moon high up in the summer sky. Because I do believe it’s only by embracing change that a new phase can be reached in one’s life and I just can’t stop thanking music for having allowed me to share all this with others. This new home is quite a remarkable place!”

The album contains 11 songs written by Bonaccorso and produced by Jando Music and Via Veneto Jazz, as with his other albums: “A Beautiful Story “and “Viaggiando”. It’s enriched by the presence of one of the greatest and most widely acclaimed musicians on the international jazz scene, the extraordinary sax player Stefano Di Battista with whom Rosario Bonaccorso, having been part of his bands since 1997, has collaborated for more than two decades.
Stefano Di Battista and Rosario Bonaccorso have played together in hundreds of concerts all over the world, with renowned artists such as Lucio Dalla, Michael Brecker, Joe Lovano, Ivan Lins and have recorded albums for Blue Note with other highly acclaimed jazz stars such as Vince Mendoza, Kenny Barron, Elvin Jones and Herlin Riley.