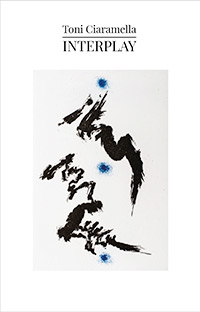 On Saturday 26 November, at 9 pm  “INTERPLAY”, a unique combination of jazz and reading, with excerpts from Toni Ciaramella’s latest novel, Enrico Pieranunzi at the piano, and Alessandro Preziosi as narrating voice will take stage at the Casa del Jazz - Viale di Porta Ardeatina, 55, 00153 Rome.

Enrico Pieranunzi and the music of Bill Evans escort the audience through the discovery of “Interplay”,  Toni Ciaramella’s most recent work. Enrico Pieranunzi’s presence playing  the music of the American jazz genius isn’t merely a chance occurrence since the name of the main character in this novel is also Enrico and, just like Enrico Pieranunzi, when he plays the piano it’s like listening to Bill Evans. Alessandro Preziosi will be on stage reading excerpts to guide the public in the musical journey and navigating through the suggestive atmospheres of Toni Ciaramella’s novel.   A literary concert where music and words merge together to offer a lively and truly unconventional show: an original Jando Music production for  Rome’s Casa del Jazz.

He’d never shared his story with anyone. Only his piano and himself.  Almost always piano solo. Out of necessity. An intimate dialogue. A flow of consciousness made of intense and melancholic sounds.
The events begin in a remote period, as suggested by the music of Lelio Luttazzi. Then the encounter with Bill Evan’s jazz. "Waltz for Debbie" and "Sunday at the Village Vanguard" invade his life and  overrun his dreams. He takes his first steps on the road to success.

With time, the past appears to have been dissolved in the music he plays around the world. Until abruptly, one Parisian afternoon, all that which had always been kept silent assertively bursts onto the scene. It is October 4th, 1997, the opening of Christian’s art exhibit. The ghost of K materializes in the festive atmosphere of the vernissage and Enrico desists. He is obliged to surrender. During the long night that follows, I listen to a painful confession that  sets in motion the story which I am about to tell, almost twenty years later. I am here, putting words to this while Enrico, in his eighties, just like me, continues to play the piano. It feels like listening to Bill Evans. More than ever.

Ticket presale Comune di Roma Tel. 06.06.08
(service provided by the Rome municipality with local rates, operating every day from 9am to 9 pm)