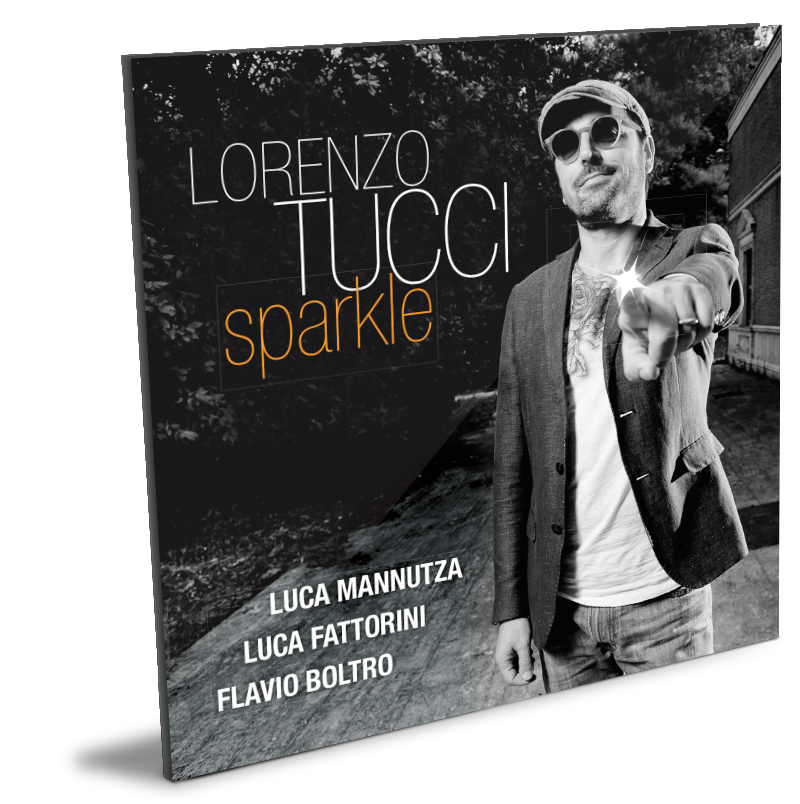 REPERTOIRE
Released in April 2016 by Jando Music | Via Veneto Jazz #SPARKLE is the eighth album of one of the most acclaimed drummers on the Italian and international jazz scene: Lorenzo Tucci.

The album contains eight of Tucci’s original compositions and two songs paying tribute to great legends in the world of music: Sting and Pino Daniele. Beyond displaying technical mastery, this album reveals Tucci’s style and flair, his creativity as a composer, his recognizable individual genre, and his ability to perform with precision and a fiery modern-edge blend that has been making waves in the contemporary jazz scene.  Most of his themes aren’t based on traditional jazz standards, but are shaped into brief suites, launching off into neatly contrived ideas.  This is where jazz’s rhythmic, melodic and harmonic conventions unexpectedly expand to unfold a new space, making SPARKLE  a truly innovative, contemporary jazz masterpiece. Renowned pianist Luca Mannutza together with the notably young yet  acclaimed double bassist,  Luca Fattorini, weave refined and interesting textures that fit seamlessly into the musical interlace, creating truly fresh-sounding atmospheres.